Historic Soulard Celebrates the Blend of Old and New

If you love history and living life at a leisurely, yet entertaining pace, then Soulard is the place to be! This fun and friendly French style neighborhood is part of the St. Louis Historic District and listed on the National Register of Historic Places. It got its name from Spanish surveyor Antoine Soulard, a refugee from the French Revolution in the 1790’s who surveyed the city of St. Louis for the King of Spain. Although Soulard is the city’s oldest neighborhood, its historic streets are lined with plenty of modern day activities to entertain residents and visitors alike. You can step back in time inside many of the older structures that were built by brewery workers and other immigrants who settled the area, and enjoy the unique restaurants, shops, and live music clubs featuring blues and jazz that now inhabit them. Soulard maintains its rich French heritage throughout the year with various festivals and inner city a ctivities that draw thousands of locals and visitors to join in the celebrations.

While New Orleans is notably famous for its Mardi Gras, did you know that Soulard is home to the largest Mardi Gras celebration in the Midwestern United States? Soulard also hosts a huge Oktoberfest which is scheduled this year for October 10th, 11th, and 12th. This is also a great time for visitors to tour the Anheuser-Busch Brewery and learn how the beer is made, and also see the famous Budweiser Clydesdale horses at the on-site stables. The Farmers Market, located at 730 Carroll Street, is open Wednesday through Saturday year round and features a large variety of meats, cheeses, produce, baked goods, flowers and other general merchandise along with several eateries where customers may enjoy food and drink while they shop. The iconic Gateway Arch in St. Louis is on ly a short distance from Soulard. A tram ride to the top of the 630 foot tall landmark offers a breathtaking look over the downtown areas along the banks of the Mississippi. Grant’s Farm and the St. Louis Zoo are just a couple of other popular attractions for young and old alike!

Soulard’s diversity continues to draw people from all backgrounds into its residential areas. Many homes there date back to the mid-to-late 1800’s and incorporate some very unique architecture. The median home price for a 3-bedroom, single family home averaged around $245,000 as of February, 2014. Right now is a great time to contact us for information on homes for sale in Soulard, and other areas of interest!

Historic Soulard, Soulard activities, Soulard travel, what to do in soulard 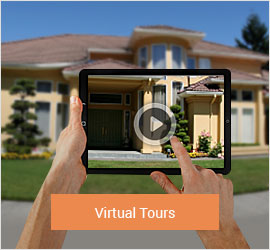 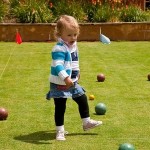